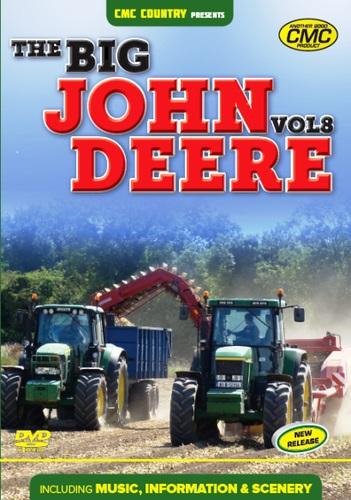 In northern Germany we see big John Deere’s ploughing, cultivating and sowing the crop. In Scotland we also see some ploughing and most of it is good soft ground that is cultivated with a one pass operation. Later we see Eric H Gibson’s son Scott sowing some cereal.

In Co Down we call to the farm of John Dan O’Hare, where we see the first tractors have started to come out of the yard with slurry tankers and are heading to work in the fields.

Back at the yard the next team to leave is 3 John Deere’s with ploughs and they are also heading off to help a farmer out, after they made a call to John Dan’s office that morning, while yet another team are heading off to prepare the ground and plant maize.


Over in Scotland we call at Benzies up in a large field in Crudie, where they are preparing the ground to plant potatoes and they have a very large fleet of tractors to do this.
We also call to Country Crest farm in Co. Dublin, where they are getting ready to sow onions. The grass is ready to cut over in Scotland again so we call with Philip Simmers and his men, who are getting ready to put about 600 tonnes of fresh grass into the silage pit. Not far away we see another team of John Deere tractors at work in the grass with Pottinger Toro silage wagons.


Going back to see how Benzies potatoes have grown, there are some tractors in the field sprucing them up a bit and giving them fresh soil. Meanwhile in Dublin, some of the onions have now ripened and we see them being topped, dug and picked, then taken to the factory, where they are packaged, before they are distributed to different parts of the country. We also see the latest Grimme Variation 220 self-propelled harvester in action.

Outside Belfast, we meet up with Gary Adams and his team of John Deere’s at Mash Direct’s farm, where they are harvesting the crop of barley and taking it back to the yard before they go for their dinner. Potatoe harvesting has already started in Scotland and when we arrive in one of Benzie’s fields, we see a John Deere and a new Grimme triple topper taking the tops off the potatoes, which will be dug shortly. Further down the road we also see a new John Deere about to start harvesting a crop.


Later on in the season we see Sinclair Contractors with their self propelled harvester with a wide maize header in action and then when they are finished they take it away to another job on the low loader.
They say it is a long way to Tipperary but that is where we go on our final part of the journey to meet up with Eamon Gaynor to see him harvest some fodder beat for cattle consumption. 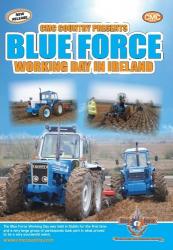