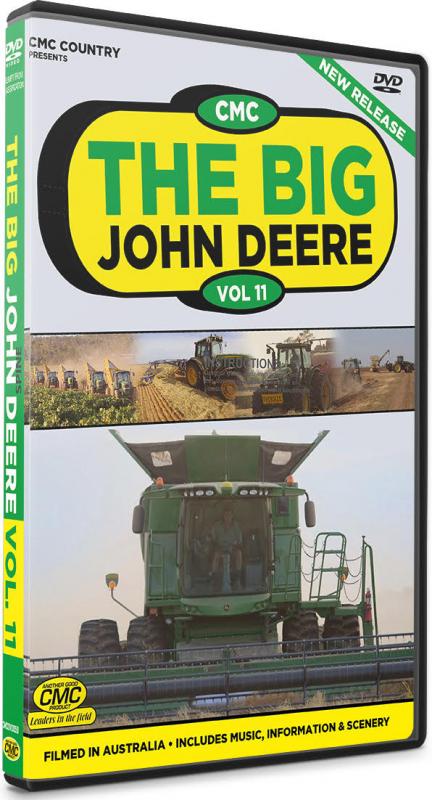 The Big John Deere 11 is another film in the John Deere series.It shows John Deere tractors and machinery in different parts of the world being used all year round.When we filmed down underin Austrailia we went to Riverina area,which is an agricultural region of New South Wales.It is a place of large plat plains and a warm hot climate with an ample supply of water for irrigation.When the Europeans settled there in the mid-19th century ,it was a pastoral region which provided wool and beef for marketsin Austrailia and abroad.In the 20th century the development of the big irrigation areas in the Murray and Murrumbidgee valleys,led to the introduction of new crops such as rice and grapes.

The man responsible for bringing water to the Riverina area was known as "The man from Ballymena",Sam Mc Caughey and he is credited with major developments in both the irrigation and wool industries,In the Riverina and across Austrailia.

As you will see in the film,we visited a number of farmers in that area and recorded the different ways they go about their dailly workin the various seasons,with their Big John Deere's.

We hope you enjoy this brilliant film .