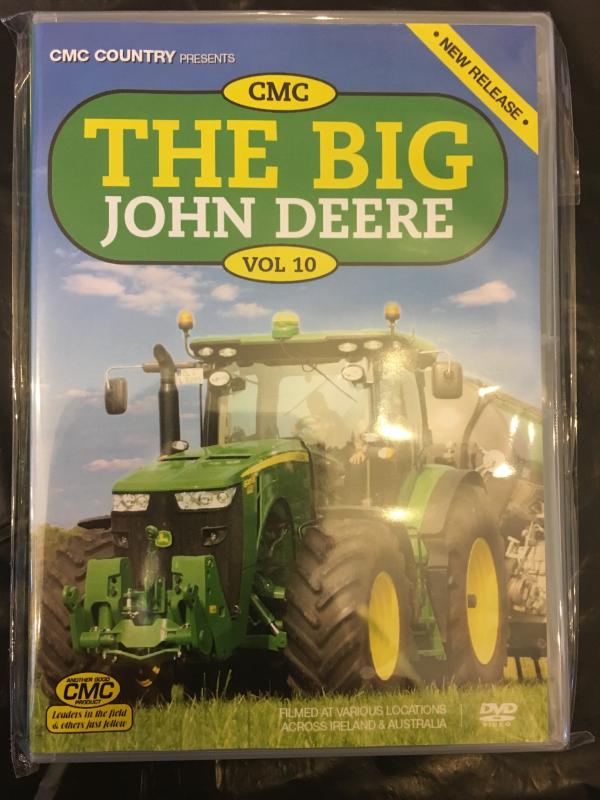 This John Deere Vol 10 dvd takes us to some other different parts of the worl to meet up with othere John Deere owners who do different jobs on all the different farms. Down in Australia we met up with Dallas Stott who showed us his new 4940 self propelled sprayer in action and took the time out to explain how it works in the massive paddocks in his part of Australia


And also in Australia we see another one of Dallas Stott’s new John Deere 9470RT track machine with a big 470 hp engine and his driver Reece Gerhard shows us around it when we met up with him he was pulling a massive ripper behind him and it was no bother for the big machine to pull it along ripping up the ground.


We now move across to the Northern Germany near to the cities of Bremen, Oldenburg and Osnabruck to a big 450 Hectare farm which produces’s mainly cash crops like Wheat, Rape and Maize for silage.


The tractor they where using was a John Deere 8285R Series’ and was running with a new Dutch Kaweco slurry tanker with an injector built by the Vogelsang, which are also based in the same area.

The target of the injector, called Base Runner is to bring the slurry directly in separate lines on the ground and give injection in to the Grass.This was filmed through a demonstration of the new injector in mid September and the farmer used it for the rest of the season.

Going back over to Ireland we called at John Dan O’hare’s to see what his boys where doing, and the where all at the grass and we followed two teams of his men at work in good weather. Some of them were cutting, rowing and lifting the grass and bringing back to the farmers and sometimes they work in very narrow gate ways and road ways, but that doen’t stop these men from getting the job done.


When the weather is good and all the farmers are looking the grass brought in the will ring John Dan as the know he has all good equipment and can get the job done with no fuss. Away up in Northern Scotland we met up with a big Farming Agriculture contractor’s, the Sinclair family who have a lot of John Deere’s in their fleet and they where cutting whole crop with a John Deere harvester and John Deere tractor’s and the farmer was also drawing in with his Fendt, and they were also lifting grass as well when we were there. They keep a lovely well maintained fleet of machinery, and who also take pride in their work and they are well known for getting the job done quickly and safely.