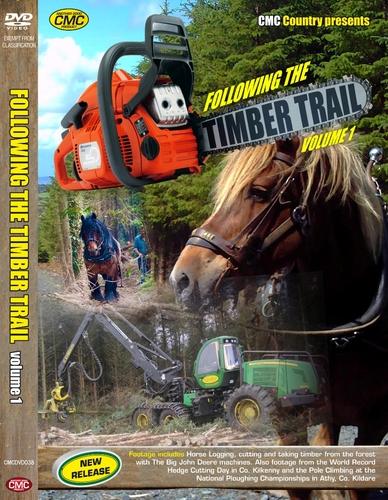 This DVD brings to you the hidden secrets of the forest and the men who work in them in their everyday jobs, called ‘Following the Timber Trail’ with some lovely footage, scenery, music, commentary and information that shows everyday life working with timber in Ireland and
Germany.

We meet up with Tom Nixon from Dublin and his rm which has three Trojan heavy horses who is the only registered horse logging rm in Ireland. Tom has the slow and tedious job of taking the fallen and small trees from inside the forest oor and keep the pathways clear. We
see this unusual work taking place in Lisacasey in Co. Clare and Tynan Abbey which straddles the border with Monaghan and Co. Armagh and also some footage of cutting trees in lower Saxony in Germany with a harvester and forwarder.

Then it’s onto meet one of the biggest tree harvesting outts in the country, Pat McManus and his son Martin from P.M. Harvesting and his team of workers cutting and preparing the timber from some unusual places, like an island in the middle of the lakes of Fermanagh and bringing the timber back to the truck along the shore.

Then we look at two other jobs he has with his new John Deere 1510E Forwarder in Camlough, South Armagh and the new addition to eet, the John Deere 1470E harvester in action between Garvagh and Coleraine. Then we see them chipping timber with his machines at his yard at Ballívor, Co Meath.

Then we travel across to Norfolk in England to meet up with Ian Flatters at work as a tree surgeon, before heading of to Ireland to compete in his other hobby, as a world class pole climber at the Irish ploughing Championships at Athy, Co. Kildare where he is part of the Husqvarna team who have travelled over to take part.  We travel to Kilkenny to the 1st Irish world record hedge cutting competition organised by the Kilkenny tractor and machines club where they hoped to get 52 tractors and hedge cutters and an amazing 84 turned up along with over 2000 people turning up to cheer them on.

A Touch Of Claas DVD 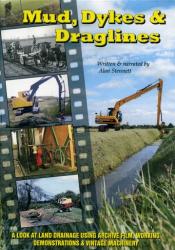 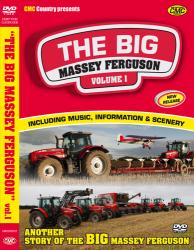