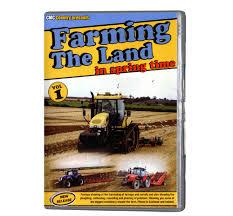 Farming The Land In the Spring Time Volume 1

Showing agriculture through all the different seasons with footage that was filmed in Scotland and Ireland. They tell the story of the hard working life of the farmer going about his everyday work.
This first film when spring has arrived and the last of the snow has just cleared in the Grampian area of north-eastern Scotland.  It is time for the farmer to get to work, preparing the ground for sowing this year’s crops. In Ireland too, at this time, Farmers have started sowing the potatoes.
This film will show the lifting of the Turnips, ploughing, cultivating, spreading lime and sowing spring and winter barley around Aberdeenshire. It will also show the planting of potatoes at different farms around Ireland.
Some of the powerful machines in action include a Big Horsch carrot lifting machine, “The Big A”, an American machine fitted with a Scania engine, spreading lime. Tractors include Fendts, Challenger’s, Valtras Fords, Massey’s, New Holland, John Deere’s and JCB Tractors and Tel-handlers.
Other machinery includes Mascha Rotavators, Ridge tillers, Kuhn and Kverneland ploughs Structural potatoes planters, Lemken and various different drills.
And it visits “The First Irish Hedge Cutting competition and Record,” which was held on 15th January in Bennett’s Bridge Co Kilkenny. We show some of the events that took place there on that day, with vintage tractors and a Tractor pulling competition. The event was a big success and will be held annually as they try again for a world record. 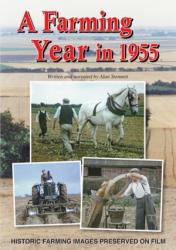 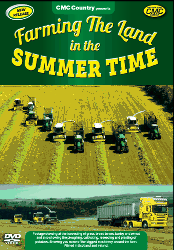 Farming In The Summertime

Turn Back The Years Volume 1 DVD